Guide: How to Make the Sex Doll of your Dreams — Totseans
Home› Life

Guide: How to Make the Sex Doll of your Dreams

“I'll show you how I engineered the vag since it's the most important part.. the rest was easy as hell. It was pretty warped when i dug it out from its hiding spot... so i needed to tape it up a bit to show you guize what it used to look like lol. The way i made it was I used some cardboard to make a hollow frame, stuffed some cut up pieces of clothes in there to make primitive "pussy lips" and then placed a disposable glove over top for the actual screwhole... this way i could cum into it and then replace the glove easily.

Before fapping I always made sure to add some lube/cream like so:

I was always sure to push the lube/cream in with your fingers so it spreads around the vagina hole sufficiently:

then I placed the portable vag into the dolls legs:

here's the bish in its entirety

Look at that titty!! (it used to have two)

I used different faces that I'd cut out of cover girl magazines... here are some of the face pics that stood the test of time lol (I had a huge thing for Buffy and the resident evil chick):

Anyway... after I made that thread on the misc, the mods deleted it. I then thought about what I should do with the bish; should I toss it out? Nah that seemed like a waste. Should I sell it? Maybe... but not yet. Perhaps I could give it a makeover? Afterall it was a little banged up. So I decided to use more old clothing and masking tape to fix it up a bit:
I patched up the arm, re-attached the breast, took off its cover girl magazine picture of a face and temporarily replaced it with with a foam sphere

I began filling out the legs with old clothing and securing it with masking tape.

I filled out the upper body, created some hands, managed to find an old wig from a previous Halloween night and added it to the dolls head.

And there it was... the finished product. Pretty impressive, I thought to myself. 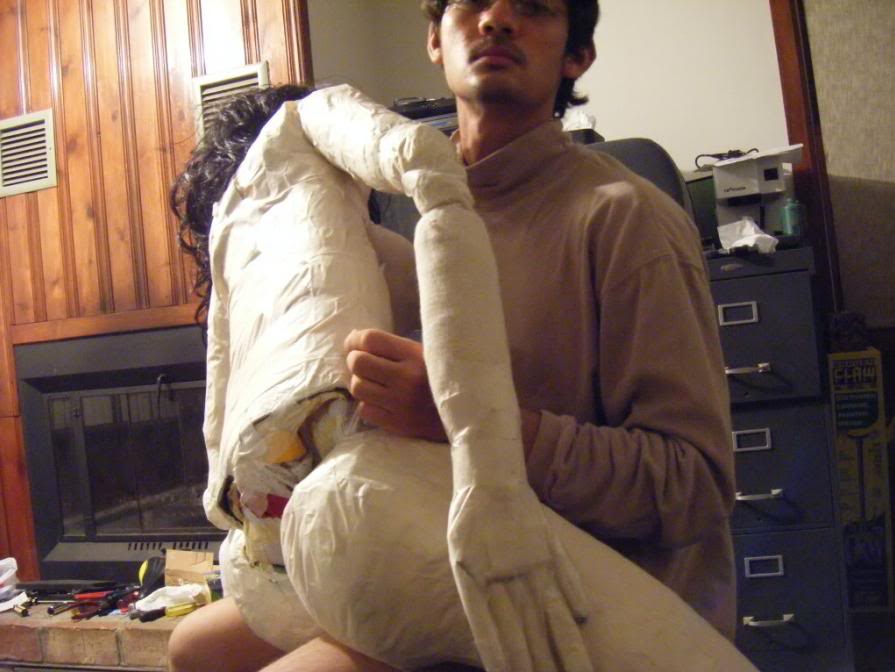 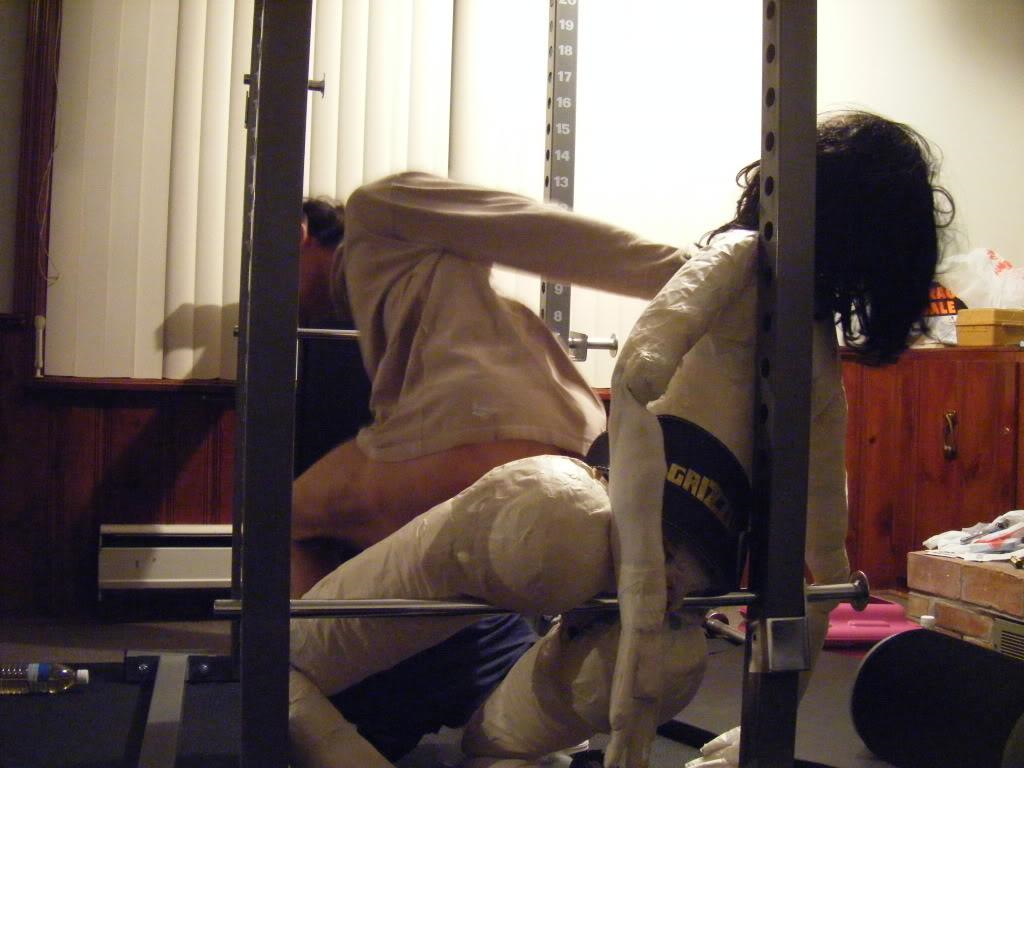 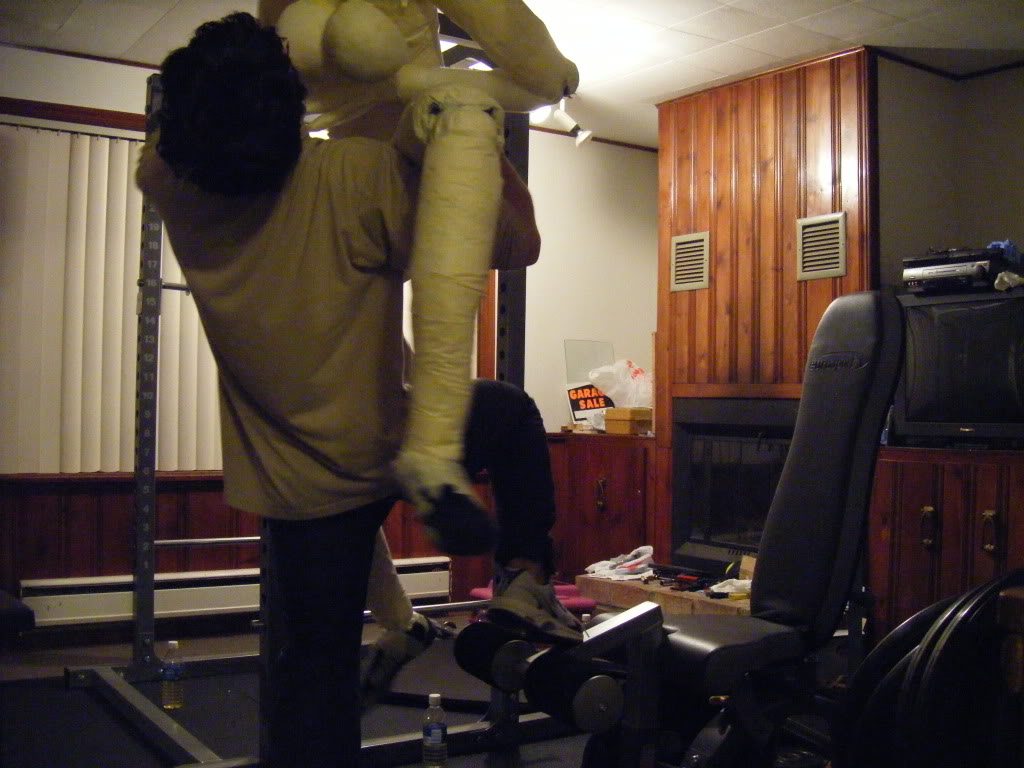