RemadE Global Moderator
December 2011 edited December 2011 in Spurious Generalities
Once again, my Hero Charlie Brooker comes back with a "twisted" mini series which looks at our current situation. Here's some info and a trailer. 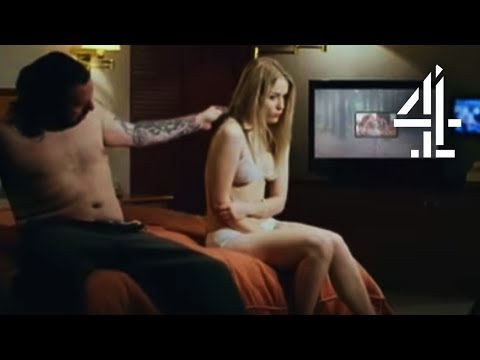 http://www.metro.co.uk/tv/883428-charlie-brooker-black-mirror-deals-with-the-mob-rule-mentality-of-twitter wrote:
Picture the scene: Britain’s favourite young royal, dubbed the Facebook Princess, has been kidnapped and a ransom demand arrives via YouTube. The Prime Minister must have porcine intercourse live on TV or the princess is dead meat. What follows is a blackly comic study of modern media manipulation as opinion is twisted from one extreme to the other thanks to Twitter and social networking. What starts as a crazy and outlandish situation becomes bizarrely believable.

‘There’s a fundamental reality at play,’ says Brooker, best known for his take-no-prisoners Screen Burn column in The Guardian. ‘Like Dead Set, the series I did before, where you had zombies taking over Big Brother, what we do is set up an outrageous premise but then play it for real, totally straight. You’re saying, “here’s an absurd situation” but it could happen.’

Over the last ten years, technology has transformed almost every aspect of our lives before we've had time to stop and question it. In every home; on every desk; in every palm - a plasma screen; a monitor; a smartphone - a black mirror of our 21st Century existence. Our grip on reality is shifting. We worship at the altars of Google and Apple. Facebook algorithims know us more intimately than our own parents. We have access to all the information in the world, but no brainspace left to absorb anything longer than a 140-character tweet.


British users can watch it on 4OD, or download the Torrents below.