Unknown
January 2012 edited February 2012 in Spurious Generalities
Yeah that's right, there's another bill out there which will threaten basically any country in the world if they choose to sign it. The main problem is that a lot of people think that now SOPA/PIPA is out of the way, we've won. Well, that's not the case as ACTA threatens us from within the shadows. Spread the word! Here's a bit more information... 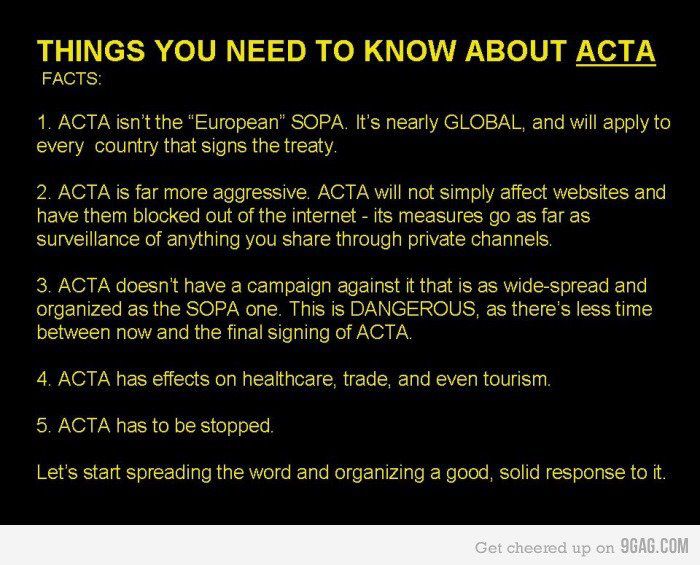