Newt Gingrich is an Idiot

Dfg Admin
March 2012 edited April 2012 in Spurious Generalities
Newt Gingrich is pinning the future of his presidential campaign on a good showing today in Tennessee and his home state of Georgia. A risky move.
"I have to win Georgia, I think, to be credible in the race," Gingrich told a group of business leaders in Atlanta last week.
Gingrich also acknowledged on Monday that winning Georgia alone isn't good enough. Since Newt's time on the campaign trail may soon be coming to an end, we wanted to reflect on 12 stupidest things he said during his presidential campaign:

12. "By the end of my second term, we will have the first permanent base on the moon, and it will be American," Gingrich said during a campaign event on Florida's space coast. Jan. 25, 2012.
11. "The best economic advisor I'll have is me," Gingrich said at a conservative gathering in Des Moines, Iowa while criticizing the Obama administration’s economic policies. Oct. 4, 2011. (Gingrich didn't mention his "revolving charge account" at Tiffany's, on which he owed up to half a million dollars in 2005 and 2006.)
10. "We have invented the Palestinian people," Gingrich claimed in an interview with The Jewish Channel. The full quote was, “Remember, there was no Palestine as a state. It was part of the Ottoman Empire. We have invented the Palestinian people, who are in fact Arabs and are historically part of the Arab people, and they had the chance to go many places.” Dec. 7, 2011.
9. "Politics has become a really nasty, vicious, negative business and I think it’s disgusting and I think it’s dishonest," Gingrich told ABC News during an interview on his campaign bus in Iowa. Dec. 30, 2011. (To borrow a phrase from "SNL's" Weekend Update – Really Newt Gingrich, Really?!)
8. "If you’d like $2.50-a-gallon gas and [energy] independence, you vote for Newt," Gingrich promising to lower gas prices at a rally in Dalton, Ga. Feb. 28, 2012.
7. "Go get a job right after you take a bath," Gingrich taking on the Occupy movement at a conservative forum in Des Moines, Iowa. Nov. 19, 2011.
6. "And so I'm prepared, if the NAACP invites me, I'll go to their convention and talk about why the African-American community should demand paychecks and not be satisfied with food stamps," Gingrich perpetuating stereotypes during an appearance in Plymouth, N.H. Jan. 5, 2012.
5. "What if they became assistant janitors and their jobs were to mop the floor and clean the bathroom?" Gingrich on allowing poor children to earn money by working in their schools. Dec. 1, 2011.
4. "But I just want to point out, you did not once in the 2008 campaign, not once did anybody in the elite media ask why Barack Obama voted in favor of legalizing infanticide," Gingrich accused in response to a question about birth-control during a Republican debate in Arizona. Feb. 22, 2012.
3. "This is a real danger. This is not science fiction. That’s why I think it’s very important that we have the strongest possible national security," Gingrich warning of an Iranian nuclear attack on Cleveland, Columbus, Cincinnati or New York. Feb. 8, 2012. [U.S. intelligence analysts continue to assert that there is no hard evidence that Iran is building a nuclear bomb.]
2. "I'm a little bit tired about respecting every religion on the planet. I’d like them to respect our religion," Gingrich at a campaign stop in Florida. Jan. 30, 2012.
1. "I am going to be the nominee," Gingrich told ABC News on Dec. 1, 2011. 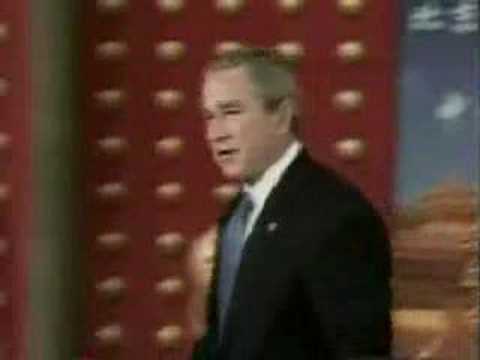