AndersHoveland Acolyte
September 2011 edited September 2011 in Spurious Generalities
Ibrahim Ali Rahim came to Sweden as an 18-year-old Kurdish asylum seeker from Iraq, settling in Karlstad. Soon after his arrival, he assaulted a 18-year-old girl with a broken bottle in an apartment, before a party was about to begin. He cut up her arm with two cuts as a result. Unfortunately she had been drinking and had an incoherent story under police interrogation, so the district court dismissed the indictment, as "it could not be ruled out that someone else had cut her." Fourteen days later the Kurd hit another young woman in the center of Karlstad. Then he went to an apartment on Kronoparken which belonged to a friend of Kurdish man. According to the woman he pulled her down on the floor in the bathroom. The Kurd took a stranglehold on her neck, hit her in the face and raped her. The woman was crying hysterically and tried to resist. Ibrahim Ali Rahim was sentenced by the court to only one year and eight months. He was also ordered to pay 85000 kronor (about 13000 in USA dollars) in damages to the raped woman, although this was later reduced because he was found "unable" to pay. During the trial the rapist required an interpreter, as he did not speak swedish. Nowhere in the appeal addresses was there a claim for deportation. 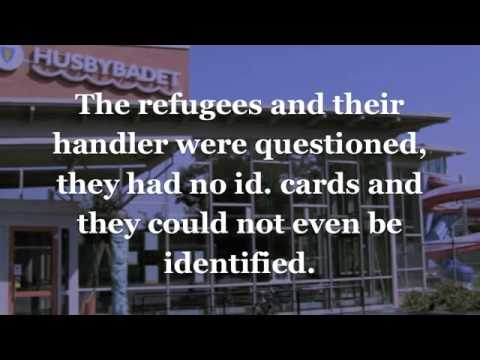 This is also a problem in Norway

and in the UK