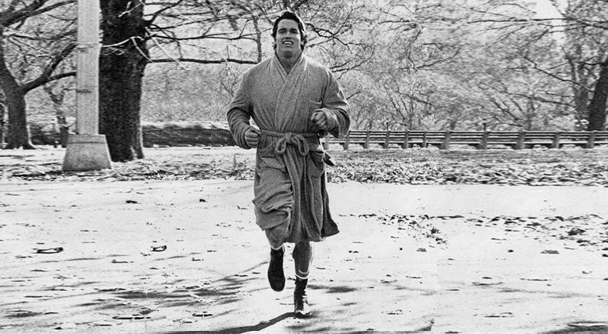 In case you haven't checked in lately, Arnold's 1% Challenge, to spend literally 1% of your day (15 minutes) on fitness has continued to grow on Fitocracy. Now, there are 5 routines to choose from and thousands participating. The latest routine is a cardio routine by Dr. Layne Norton. He calls it the best cardio routine humanly possible. You can find it here but we asked him to share the science behind the workout. Here he is.

By Layne Norton
Cardio sucks. There I said it. Anyone who tells you they enjoy cardio either is lying or needs to have their head examined. When Arnold was interviewed in pumping iron he was quoted as saying he loved the pump he got from weight training so much that it was similar to... well there might be kids reading this so I'll keep it PG rated. But he likened it to a very pleasurable experience. I've never heard anyone say such nice things about cardio. Cardio is a means to an end. Most people in the gym aren't slaving away on the treadmill, elliptical, bike, or stepmill because they care about their VO2 Max or improving their endurance capacity. They are doing it because they want to lose fat and look better. So what is optimal cardio? This was the question on my mind when I was challenged with coming up with the best cardio workout that you can do in 15 minutes!
The first step is we have to define what makes a cardio workout 'good.' If we want to improve body composition we know that weight lifting is king. Period. Cardio on its own, really ain't gonna cut it. We want a form of cardio that 1) maxes fat burning for our time involvement, 2) retains maximum muscle, and 3) retains maximum gym performance. This is combining of cardio and weight training is called concurrent training. Concurrent training has been studied quite a bit. While concurrent training has been shown to be superior to endurance training alone for enhancing muscle mass and strength (duh), it has been shown to significantly hamper optimal strength and hypertrophy when compared to weight training alone. Several studies have demonstrated that optimal gains in muscle mass and strength are obtained by strength training alone compared to combining strength training with endurance training (1). However, a recent review of the scientific literature on concurrent training conducted by Dr. Jacob Wilson of the University of Tampa and several of his colleagues identified some interesting variables that can affect the way in which your cardio training affects your strength, hypertrophy, and body composition responses to resistance training.
The first variable that was examined was the type of cardio training. What he found may shock you. The type of cardio performed made a HUGE difference in terms of proper strength and hypertrophy development in response to resistance training. Endurance running or walking impaired strength and muscle growth significantly more than cycling (1). This is also in accordance with a study that compared cycling with incline walking on a treadmill and found that cycling was significantly better for achieving hypertrophy when combined with resistance training compared to incline treadmill walking (2). The researchers concluded that the differences observed here were likely due to the fact cycling requires more hip flexion and multi-joint activation of muscles involved in exercises like squats and leg presses compared to endurance running and walking which are not similar movements to any leg exercises that produce muscular hypertrophy. Additionally, while long distance running and walking result in strength and hypertrophy decrements, sprinting does not, most likely due to the fact that sprinting requires significant hip flexion and is more similar to multi-joint leg exercises. 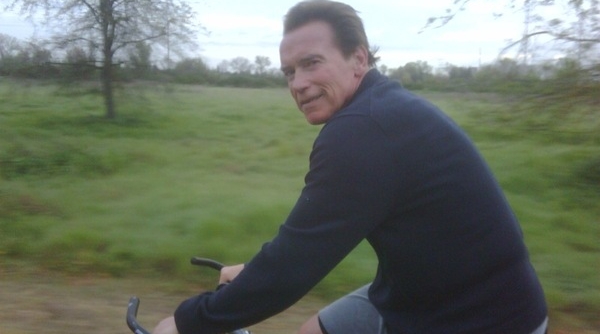 The other major variables the researchers examined were the intensity and duration of cardio work and how it affects strength and hypertrophy when combined with resistance training. They essentially demonstrated that the longer the bout of cardio was, the greater the impairment of strength and hypertrophy. Interestingly, they found that short, high intensity bouts of cardio like repeated sprinting or cycling had no negative impact on strength and hypertrophy development. This is most likely because high intensity sprinting or cycling causes your muscles to make high velocity contractions, activating fast twitch muscle fibers compared to endurance cardio work which most likely will not activate the large fast twitch muscle fibers.
Perhaps even more interesting was that further analysis of the literature on cardio demonstrated that not only was short duration, high intensity cardio better for strength and hypertrophy, it was also superior for fat loss (1). This is in agreement with data from Peter Lemon's lab which found that people who performed four to six 30 second sprints lost twice as much bodyfat as people who performed low intensity cardio for 30-60 minutes.
When we look at these results as a whole, we know that cycling is better than walking or running for maintaining muscle and strength, and high intensity intervals are better for fat burning. So why not combine the two? I spoke with Dr. Wilson about the protocol their lab recommends. They have the subject go at a low intensity until they are warmed up and ready, then pedal as hard as they can with no resistance until they are up to max speed, then rapidly add resistance for the next 20-30 seconds. They then repeat this protocol several times. As someone who has done this, let me tell you it is absolutely brutal and leaves you with a pump in your quads you have probably never felt before. But make sure you have a bucket nearby because if you do these right, you might need it in order to get rid of your lunch rapidly ascending up your esophagus. The cardio routine here mimics this protocol on a stationary bike that you can find in almost any gym. This workout is fast, effective, brutal, and backed by scientific research.
Again, here is the workout: http://www.fitocracy.com/knowledge/dr-layne-nortons-best-damn-cardio-humanly-possible-in-15-minutes/
And don't forget to join the 1% challenge here for a chance at a personal motivational video from Arnold: https://www.fitocracy.com/arnold/
References