As you may or may not know, I love my Dystopian and Post-Apocalyptic films. In looking for some new views today I came across this film, The Island.
Starring Ewan McGregor and Scarlett Johanssen, the movie begins in a futuristic-like World, where it is similar to The Matrix in that things don't seem right and after exploring, they must escape to see the truth behind "the island". Having no concept of "God" or danger, as they are bred and die in this world, it makes for a really alternative view on the Human concept.
At the current time of an hour into the film, it looks like a cross between Tron, The Matrix and Fallout 3. Pretty fucking awesome in my books.

IMDB wrote:
Lincoln Six-Echo is a resident of a seemingly Utopian but contained facility in the year 2019. Like all of the inhabitants of this carefully controlled environment, Lincoln hopes to be chosen to go to the "The Island" - reportedly the last uncontaminated spot on the planet. But Lincoln soon discovers that everything about his existence is a lie. He and all of the other inhabitants of the facility are actually human clones. Lincoln makes a daring escape with a beautiful fellow resident named Jordan Two-Delta. Relentlessly pursued by the forces of the sinister institute that once housed them, Lincoln and Jordan engage in a race for their lives to literally meet their makers. 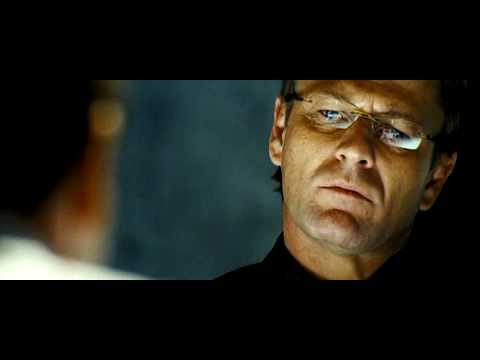 Torrent. (BluRay Rip, 2.2GB as it's the only decent version)