There could be extra eyes looking at you while you're changing at clothing stores.

A local father found that out when his 14-year-old daughter took a picture of herself and found someone else in the frame.
It was a point-and-shoot camera that busted a man looking at two 14-year-old girls changing at Macy's in the Genesee Valley Center last month.

The picture tells the story.
Saturday, June 11th, two 14-year-old girls were trying on prom dresses and taking pictures, but they're not the only ones looking.
The camera caught a man on his hands and knees under the stall with his eyes wide open looking at the private fashion show.
"Our jaw dropped when we saw that someone was looking in on us." That was the reaction from Sam Black's daughter when she realized she was being watched.
She and her 14-year-old friend say they had no idea the man was there in the women's changing area looking under the stall at a mirror in front of them.
When the camera took the picture, "...They're in pretty dresses, but they weren't always. They had put those dresses on and had to put the other clothes off and that was frightening for them and it's horrifying for a parent too," says Black who reported the incident to Macy's and turned the photo over to the Flint Township Police Department.

"Macy's condemns this type of improper behavior and does everything possible to prevent it. When any associate or customer witnesses incidents such as this, we urge them to report it to store management so that we can take the appropriate action, including alerting local law enforcement."
The father does not want to criticize the local Macy's or the local police department, but he wants to bring awareness to parents, kids, and corporations that this type of activity is going on in their community and across the country.
"It's being treated like an isolated incident, but it's not an isolated incident. This is happening to not only my daughter, but to other daughters," says Black.
A Google search of the words "peeping tom department store" bring up many news articles of it happening everywhere. One incident happened in March in Utah where a man reportedly got into a changing stall next to where a woman was changing and held a cell phone camera under the stall to get video of her. Another incident happened in June in Texas where a man was reportedly taking upskirt pictures of women.

Black says, "It makes me furious what he's doing! He needs to be caught."
Stores have various policies when it comes to changing areas.
Some allow only one person at a time. Others require an associate to unlock a door for you.
The father here hopes all companies take notice of what happened and makes appropriate changes. 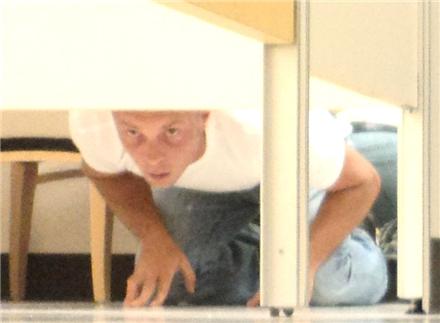 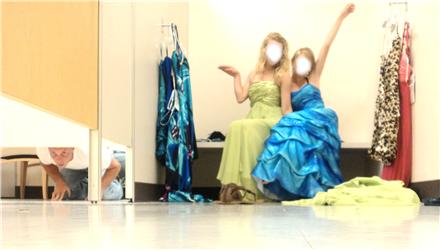 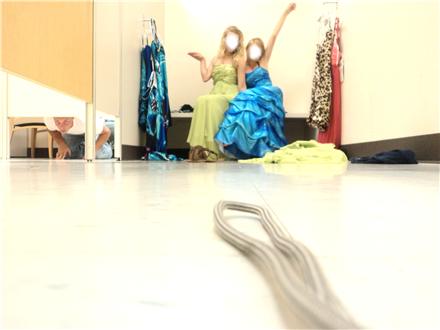