1. You can’t turn off the government radio installed in your home, only reduce the volume.
2. Idolatry in North Korea is such that it is second-nature for ordinary citizens to “rescue” portraits of Kim Il Sung before all else in the case of a house fire (there are even special bunkers for statues in case of war)
3. Many people don’t even know that man has walked on the moon.
4. There is no Internet, cell-phones have been banned.
5. A main cause for all problems are Americans. Mothers teach their children to sing songs about bad Americans, there are many postage stamps showing the death of “U.S imperialists”
6. A six-day work week, and another day of enforced “volunteer” work, ensures that the average citizen has virtually no free time.
7. The very first thing you do when you visit North Korea’s capital Pyongyang is visit and give a flower to a big statue of “Dear Leader”.
8. About 0.85% of the population are held in prison or detention camps.
9. Most traffic control is performed by female traffic directors (reportedly handpicked by Kim Jong-Il for their beauty), as the lights are switched off to save electricity.
10. Dogs are banned in Pyongyang to keep it clean.
11. Avarage wage in 2005 was 6$ (source: www.gluckman.com/NKFEER.html)
12. Visitors of North Korea are given special guides and can’t go anywhere without them.
13. North Koreans are used to often disappearing electricity and have many candles prepared.
14. North Korea has the fourth-largest military in the world, at an estimated 1.21 million armed personnel 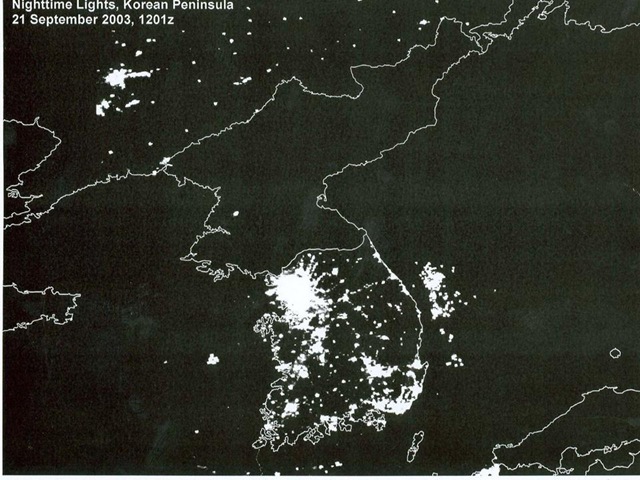 (This is how North Korea looks from the space – a dark spot of the world. It also shows what is the difference between communism and capitalism as South Korea is very well lit.“Except for my wife and family, that is my favorite photo,” once saidSecretary Rumsfeld. Some people joke, that they must be the greenest, most eco-friendly country on the planet and every nation should follow their example. Oh and by the way, that one and only little white spot in North Korea is Pyongyang.) 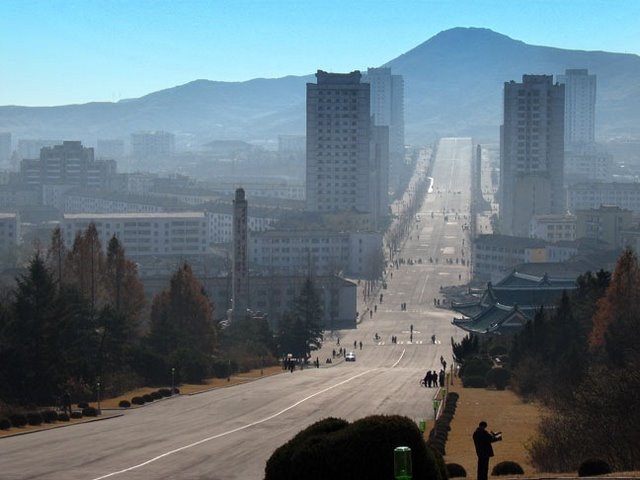 (Wide streets without any traffic is a common thing in North Korea. A road to nowhere?)