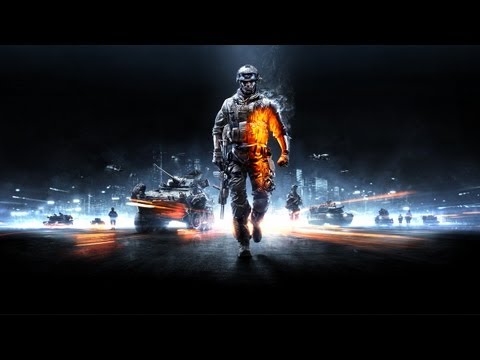 Battlefield 3 leaves behind all its competitors, thanks to the incredible power of the new game engine Frostbite ™ 2 from DICE. In this work of art based the entire Battlefield 3, offering the player a great quality of graphics, locations of incredible magnitude, the total destruction of objects, dynamic sound and realistic character animation. You will be able to experience the battlefield like never before, with the whistling bullets around, crumbling walls and knocks you off your feet by explosions. In Battlefield 3, players will become an elite U.S. Marine Corps and immerse yourself in the exciting task of single player and superb multiplayer battles across the world, including Paris, Tehran and New York.

* Frostbite 2 - Battlefield 3 is Frostbite 2, the incredible technology lifts animation, destruction, lighting, scale and audio to hitherto unseen heights. Built on a powerful engine that Battlefield 3 is completely immerses players in the game world.
* Feel the fight - Feel the bullets hit and explosions, pull wounded comrades from the thick of the fight and shoot to stop with just about any surface. Stunning animation Battlefield 3, superb special effects and realistic battlefield will allow you to feel the true sense of the war, as in any game of this genre.
* The entire set of equipment - The best game incarnation of battles with the use of technology becomes more perfect, in a battle pushing the supersonic fighters with an impressive array of ground, air and marine equipment. Among other beloved by fans and returning features - cards for 64 players and the ability to lie on the ground.
* Fighting in cities Pass with modern war fought by the legendary and unexpected places in the U.S., Middle East and Europe, including narrow streets, central squares of cities and open, allow the use of technology types of terrain.


Holy fucking shit, man I am I waiting for the Crack to appear but I am so downloading this game and playing it. I just hope my system can run it