Foreword: Apologies for any lack of structure. I was watching the program I rant about as well as talking to Family and generally being overloaded with rage to the point of being incoherent.
Also read my signature. Damn *smacks keyboard* "m" key.
I also may add to this as there's a load of stuff shooting around in my head right now.

So I'm watching series 2 of the National Geographic show "Doomsday Preppers. The basic premise is that each episode looks at 3 people/families in the USA where each one is prepping* for an event which could cause the end of the world or shit to hit the fan (SHTF).
Each one is graded on certain aspects such as food and water access/longevity, defence, bug-in and bug-out/backup strageties and survival skills (such as outdoorsman type, eg firelighting, scacenging/foraging, map reading etc).
Talking of firelighting, a 15 year old in this show almost burnt down an abandined building they decided to use as part of a training exercise to test a potential new member and see if he could join their group.
Don't ask me how, but the dumb fucker passed and was welcomed with open arms :facepalm:

The first series wasn't too bad. A few token nutjobs here and there, but series 2 just takes the fucking biscuit and raises a few questions about the American prepper in my mind. 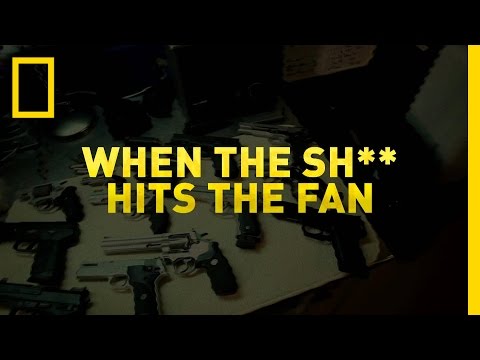 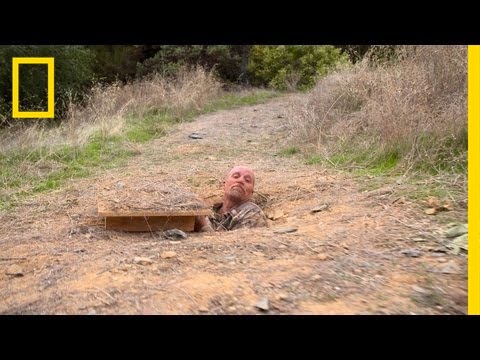 More of an observation, over the World there are preppers - and I read (I wish I could find the source) about how people from different Nations prepare and stockpile for a SHTF situation. What I, as well as others, find quite a fascinating phenomenon is that when it comes to what almost every prepper has in their kit, in America, is a firearm. Here in the UK it would be foodstuffs and in Norway it's apparently Tea. It seems that cultural influences and fear of others dictate what people think of first and foremost when they begin to prep.
Which brings me to the program.

What got to me was the fear instilled in people. I know the show is a peek into the world of a handful of people but the fanaticism seems rife. The acceptance of death with their kids, having them "what's a Terrorist attack?" which the Father will be brought to tears, and most of all - again about terrorism, one man in Houston said

"I believe there will be an attack on the US from Terrorists using a Dirty Bomb. There are many fanatics who wish to harm us and so I feel the need to prepare and protect my family"

The camera then pans and flashes to shots of him teaching his Sons how to use explosives, throwing Molotov Cocktails, boasting about stockpiling 17,000 rounds of ammunition and his 7 year old Son using a small sniper rifle.
Oh and as I am watching, he is now rubbing the blood of a slaughtered goat on his Kids' faces.
Seriously?!
One of them is 7 years old and helped slit the throat of the animal. They even come under fire themselves as the explosives and weapons created by their prepper families need testing - then find out that it malfunctions or goes "boom" a bit too loud/large then they fold under the injury making you wonder if they are all talk and no bite.
In S2E4 at 34 minutes in, two guys fire a weapon with a Sig Sauer 556-looking rifle in a hunting-style blind on IEDs with ball bearings and shrapnel in. The report of the explosion is so loud that the dude is close to tears and pukes, blaming his mate of 5 years for his idiocy.
REALLY?! YOU SAY YOU'LL DO WHAT IT TAKES TO KILL ANYONE ON YOUR PROPERTY WITH YOUR EXTENDED MAGAZINES AND TONS OF AMMO, THEN PISS YOUR PANTS LIKE A FAG WHEN YOU HURT YOUR EARS AFTER SHOOTING A SIG 556? BOO HOO.

I am by no means a vegetarian Hippie as I love hunting, shooting and the prepper mindset (to a degree) as I was shooting .410, 12 gauges and .22LR rifles from the age of 6, but this just seems extreme. it's on another level completely when they spend $5,000,000+ on a shitty house, bunker or otherwise bug-out location in the middle of a desert/mountain range. The families of these (mostly) guys are trained on the level of having muzzles pointed at them or the kids are pointing weapons at other people, paranoia is rife where everyone is an enemy and their life is like a fucked up film adaptation of Red Dawn.
In places such as the UK to others like Pakistan, you don't see people stockpiling for an event that may or may not occur - people take life a day at a time. It's like life in the USA/for these people is so stressful, so stuck on top gear, that they cannot just chill and enjoy life for what it is without fear and paranoia seeping into every breath they take.

The cringe factor is massive here. Like I said earlier, the fanaticism about weapons is almost too much, everyone including a 7 year old, a 15 year old (who thinks the world will be consumed by "Anarchists") and guys who meet their Wife (from another Country) and on the same day, throw her glitzy clothes out to then make her first bug-out-bag.
I don't mean to bash Americans, but there does seem to be a minority, almost reminiscent of the Militias you hear of and see from time to time.
What I really wanted to know are answers to the following -

I can't think of any more as my mind is racing, but I'm close to being speechless. I cannot get over how fanatical, cringeworthy and almost psychotic these people are. Like I said, there's a higher chance of you dying from something a lot closer to home than a Terrorist attack (despite the Media hype and constant reminders almost every day with inches of columns in newspapers dedicated to the topic) and the hypocrisy of these preppers justifying their almost Militia-type groups on "the collective other", ie Terrorists in a far-away land where they will never have to go (so far only 1 person in 2 series has been ex-Military and they left in 1992 or so).
I KNOW that TV loves to sensationalise shit like this to marginalise and mock a few, but I have actually talked to people like this on Skype, forums and once, face-to-face.

* The definition of prepping is where one makes plans, preparing, for a catastrophic event. It is generally more than just making a bug-out-bag as it involves some, but not all of the following:
If you want to find a torrent, you know where to look.
Also there's a good discussion about this show, namely series 2, on the /k/ (weapons) board on 4chan here which is quite funny and interesting.