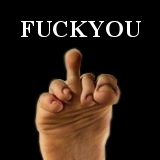 FACEBOOK has been forced to defend a “creepy” new feature that allows it to activate your smartphone’s microphone and listen in.

The announcement of the feature has sparked an online backlash, with users mobilising in an effort to get the social media giant to kill off the development.
In what objectors have described as a “Big Brother move”, the feature turns on the phone’s mic and picks up on what is happening, such as music or a TV playing in the background.


Facebook will then automatically add at the end of their status update something like “Watching Game of Thrones” or “Listening to Coldplay”.
The feature, which works in much the same way as song-identification app Shazam, freaked out a number of Facebook users and an online petition is gathering steam.


It had received 542,544 signatures as of this morning.
“Facebook just announced a new feature to its app, which will let it listen to our conversations and surroundings through our own phones’ microphone. Talk about a Big Brother move,” the petition reads.


“Facebook says the feature will be used for harmless things, like identifying the song or TV show playing in the background, but by using the phone’s microphone every time you write a status update, it has the ability to listen to everything.


“Not only is this move just downright creepy, it’s also a massive threat to our privacy. The feature is opt-in, but many won’t even read the warnings. If we act now, we can stop Facebook in its tracks before it has a chance to release the feature.”


Facebook responded to the backlash late last week, posting a myth-busting statement in an effort to lessen users’ fears.


The post stressed that the feature was optional and the listening-in only occurred when a user was writing a status update.


“Here’s how it works: if you choose to turn the feature on, when you write a status update, the app converts any sound into an audio fingerprint on your phone. This fingerprint is sent to our servers to try and match it against our database of audio and TV fingerprints. By design, we do not store fingerprints from your device for any amount of time. And in any event, the fingerprints can’t be reversed into the original audio because they don’t contain enough information.”