I assume your familiar with the Ashley Madison dating service hack?

bornkiller AdministratorIn your girlfriends snatch
August 2015 edited August 2015 in Spurious Generalities
If you aren't and your online then you must be living under a rock or something along those lines. Anyways! It goes like this.

Ashley Madison are owned by just another greedy corporate type organisation called Avid Life Media. It's basically your usual dating service but also caters to discreet non committed hookups. Kinda like the ones where you'd like to fuck around on your gf or bf, you know that sorta shit.

Some sort of moralist is like, all upiddy about the concept, "man meets woman for quick discreet root online" (or vice-versa) and decides Ashley Madison is the scourge of the internet. It kinda feels like they got burned by this type of scenario, and is really pissed off, but then again who am I to judge? I'm pissed off most of the time.

Well, Avid's time is up and these hacktivists have released the hounds with some apparently interesting results. For example; Someone searched for political and came up with this list. However, you'd need to confirm it by going through it yourself. Sure some of the emails addresses maybe bullshit, because lets be honest, who in their right mind would be fucking dumb enough to use their own names in a email address involved with a dating service? Surely not those we entrust to run a country right? To confirm the authenticity one needs to just check out the last 4 digits on the corresponding credit card numbers to the email address.. 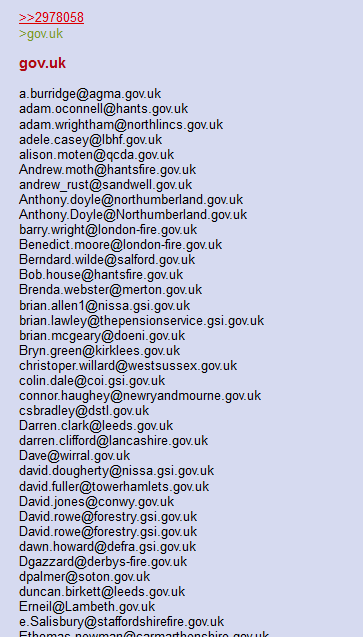