ITT: We Laugh at Retards

StephenPBarrett Adviser
October 2011 edited October 2011 in Spurious Generalities
I am not in at all ashamed to admit that I don't give two shits about retarded people. I don't want to look at them or in anyway acknowledge their existence except to laugh at their stupid fumbling minds and bodies. If it were legal to kill retards I go hunting every season. I think a good idea to help with the debt crisis would be to allow a season for hunting retards. Honestly, think of the mass of money the government wastes on allowing these fuckers to live! Most of them have either one more or less chromosome than normal people so technically they aren't even human. Why do we put up with this shit?

ITT we make fun of and post pics of retarded people.

Bitch should have been killed at birth.

Why the fuck do they give these creatures jobs when there are homeless humans?

No, its not fucking cute. It's an abomination.

They always look this happy because they are too stupid to even realize they're regarts. 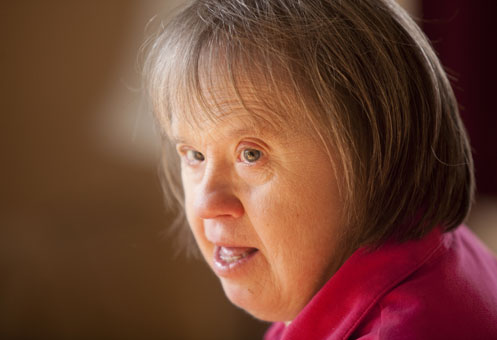 There is no reason for why they should be allowed to get this old.


OMG why were they allowed to marry?!