Hollie McNish, Poet Shamed By Breastfeeding In Public, Has The Last Word (VIDEO) 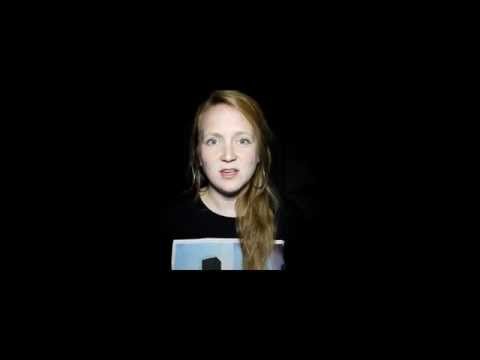 We've heard a lot of thoughtful, impassioned arguments from moms who have to defend their rights to breastfeed in public, but we've never come across anything quite as powerful as this.Hollie McNish, a published U.K. poet and spoken word artist, posted a video entitled "Embarrassed" on YouTube on July 4, that slowly but surely became a viral sensation.McNish's edgy, rap-like stanzas describe what it feels like to be publically shamed into hiding out in toilet stalls to breastfeed her daughter.
"I thought it was OK.
I could understand the reasons.
They said: there might be a man or nervous child seeing this small piece of flesh that they weren't quite expecting.
So I whispered and tiptoed with nervous discretion.
But after 6 months of her life sat sitting on lids,
Sipping on milk, nostrils sniffing on piss,
Trying not to bang her head on toilet roll dispensers,
I wonder if these public loo feeds offend her,
'Cause I'm getting tired of discretion and being polite.
My baby's first sips are drown-drenched in shite..."
She goes on to expose the irony of billboards and magazines in the United Kingdom covered in women's breasts...with a little more colourful language.The video, which had about 9,000 views by late Friday, By early Monday, the video was seen nearly 250,000 times.In an email to HuffPost Parents, McNish explained why she waited a few years to share the poem, and reacted to the incredible impact it's had.McNish, whose daughter is now 3, said she's "in the process of putting together all the poems I didn't share with people, that I wrote when [my baby] was under one" — "a kind of 45 minute diary reading" full of "awkward things I thought no-one else was thinking or feeling" that will be out soon."My partner has been telling me I should share the poem for a long time and, well, I've been too embarrassed," she explained. But now she wishes she'd shared it earlier, because "all of the comments and support would have helped me so so much then."Not surprisingly, the video is getting a flood of positive and tearful comments from supportive moms and dads around the world.One YouTube user Caitlin Harper commented, "So, so true. I could never bring myself to try feeding my son in public. And I failed him. I couldn't keep my﻿ supply up when I couldn't bring myself to feed him when we were out."Another user, ejoelleduval, said, "I hate﻿ that breasts have become so sexualized that they have lost their original purpose in the public mind. It is acceptable to wear bikinis that cover less, but taboo to feed your child. Overall opinion is that you are less of a mother if you bottle feed, but they won't let you do it in public. Is this just another way to shame us back into roles that were relevant 50 years ago?"So who says feminism is dying? Seems like some battles are still just getting started