Slartibartfast Global Moderator-__-
December 2011 edited May 2012 in Spurious Generalities
My guide to the basics of the Arabic alphabet.

The alphabet.
Arabic is an interesting and complex written language. I started learning the script and language two months ago (on and off)
The most difficult thing about learning the Arabic alphabet is that you have to let go of all your English alphabet bias.
With this guide I'll break up the alphabet into groups of similar symbols. 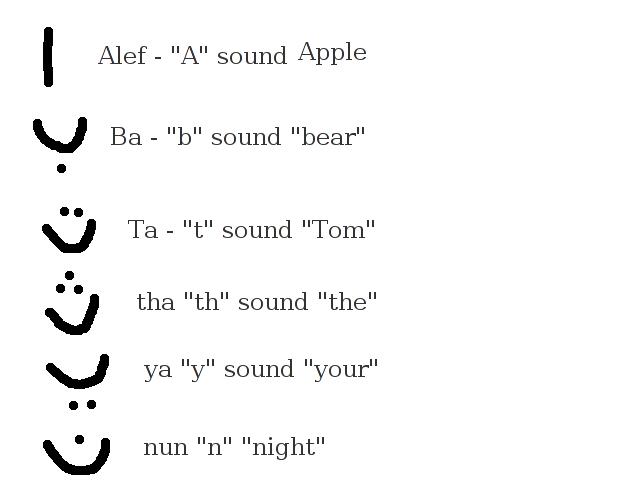 The vowels. Arabic basically has three vowels. I, A and U. The vowels are denoted by symbols and not letters as in English. The vowels must be combined with another letter and cannot stand alone. The vowel appends itself on the letter: 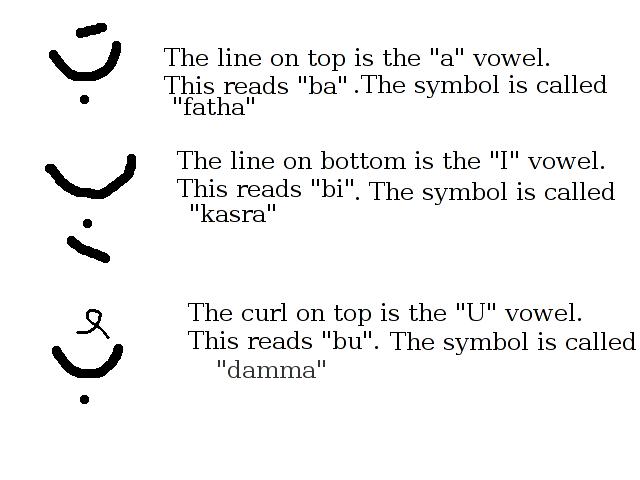 The vowels cal be combined with any letter in the alphabet.

We now have enough information to start learning words: 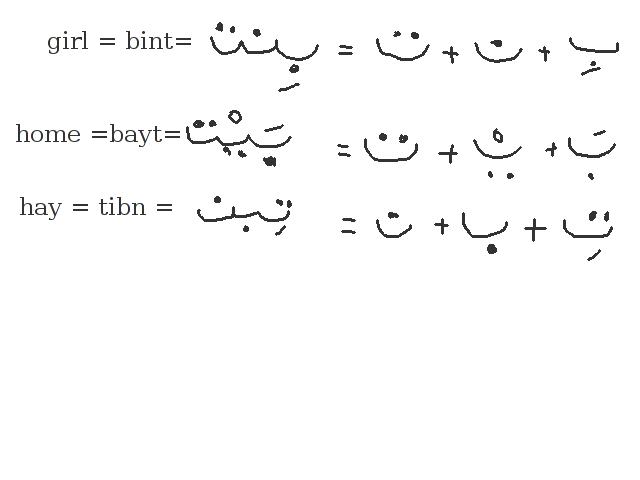 The little cirlce on top of the yun indicates there is no vowel. It is optional. Sometimes put in for clarity. Remember Words in Arabic are read right to left.

The second group of letters: 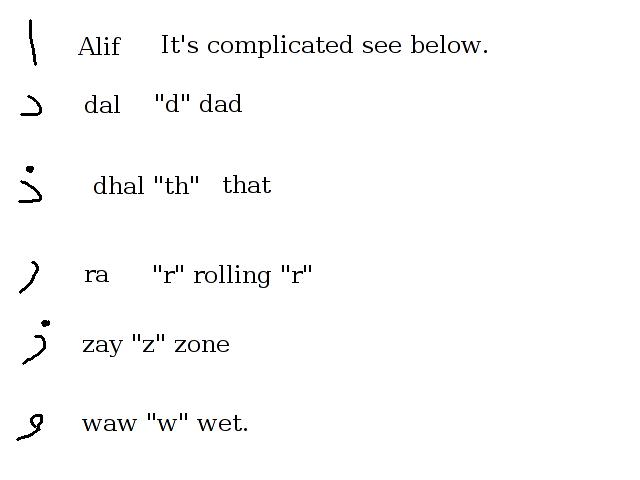 These letter can be joined before but not after. 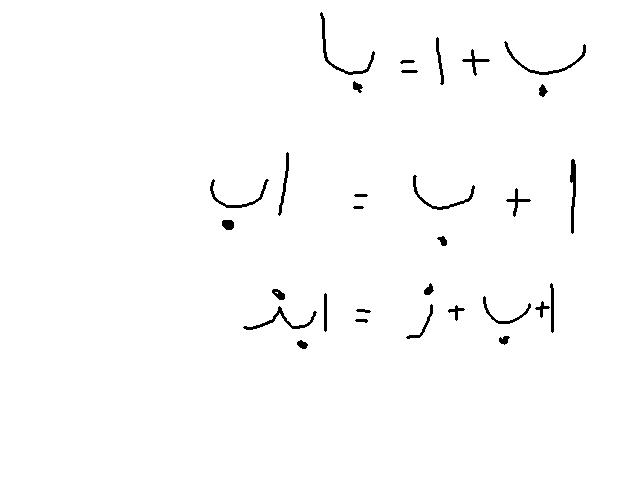 You may have noticed that some of the letters in group two can be combined with a vowel to make an long vowel. 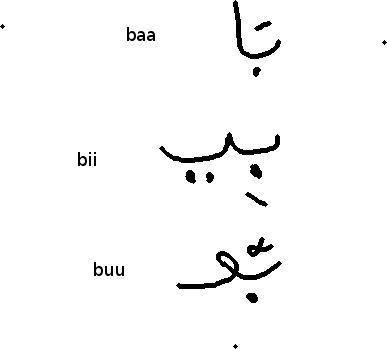 The alif is one of the unique letters of arabic. It can be used in two ways. Either to create a long vowel (shown above) or to carry a hamza and vowel (this basically clips the next letter). 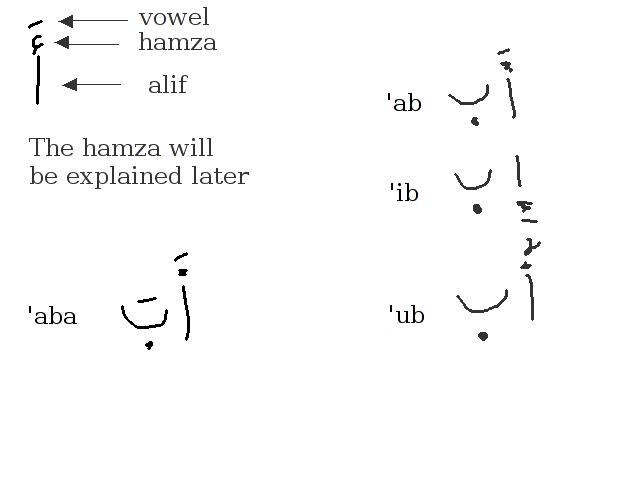 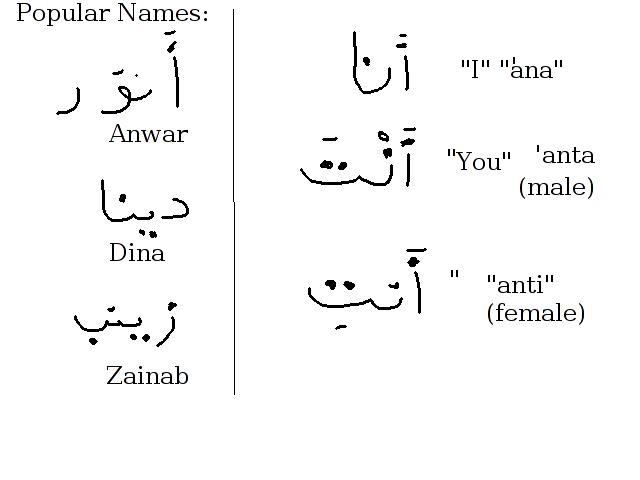 These letters are particularly interesting because they change shape depending on their location. 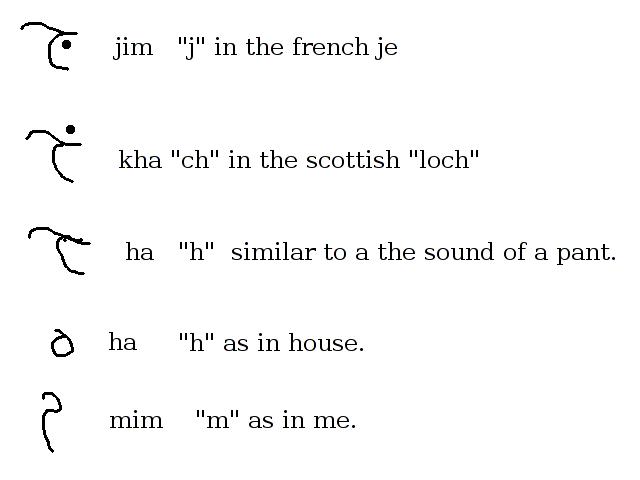 The Jim Kha and Ha tails are dropped when when the are in the middle of the word: 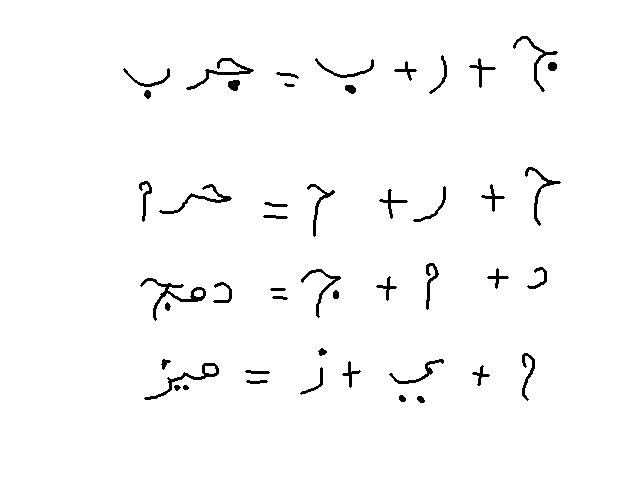 The mim is often tucked into other letters. This takes some time to get used to. The letter is raised as a consequence: 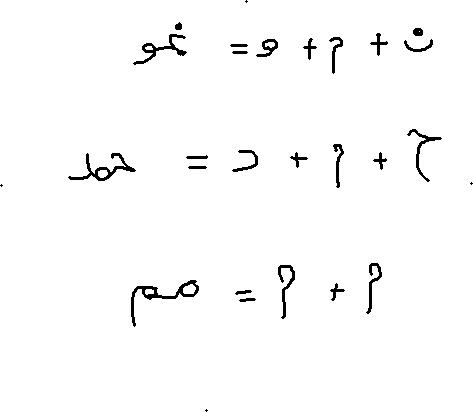 There are two ways you could come across joining the letters ta, ba, tha, ya and nun to jim, kha and ha 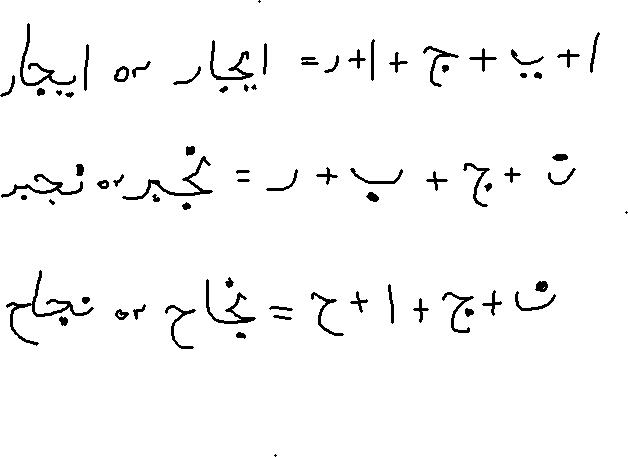 As you can see the style on the far left is much more readable but both ways are used equally.


The Ha is a difficult letter to recognise as it changes shape depending on its position: 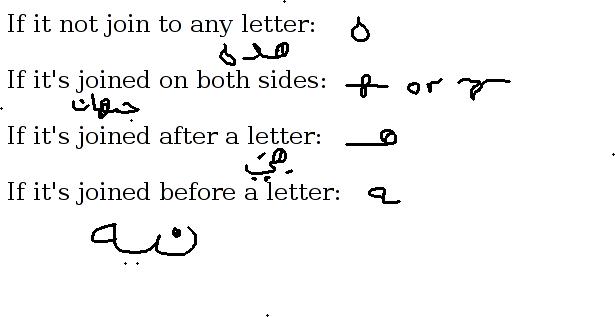 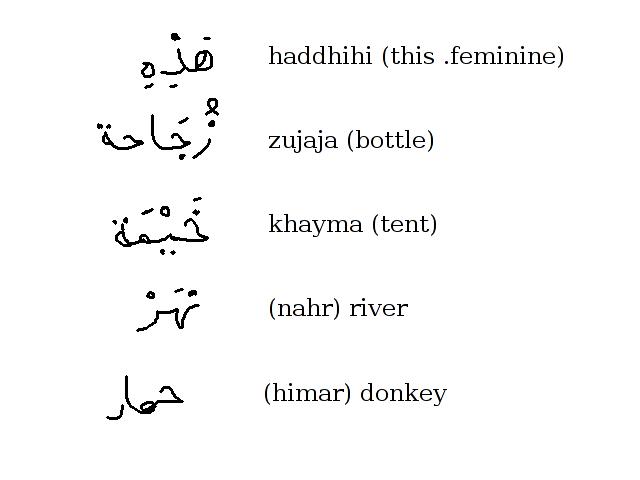 These are simpler letters. Basically what you see is what you get: 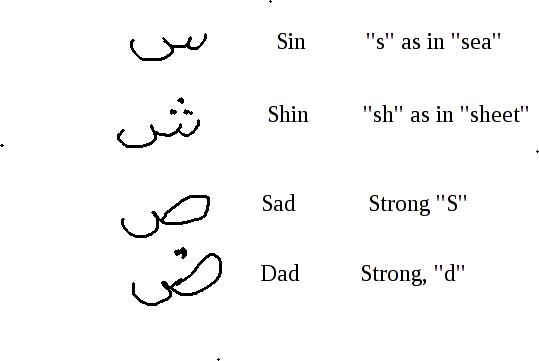 These Join in the normal way: 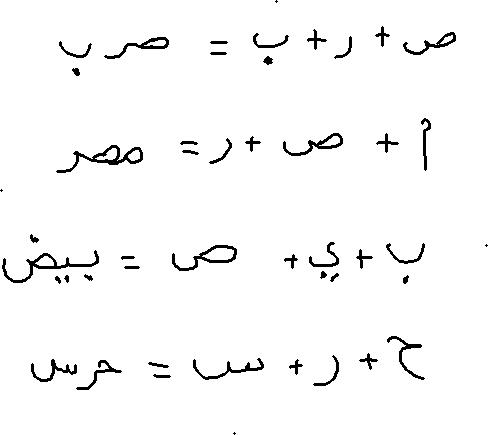 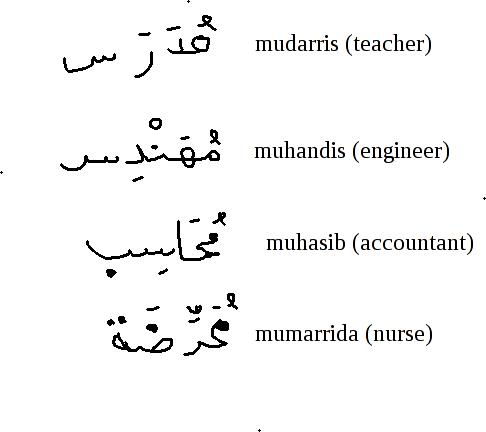 These letters are a little quirky. Some of them are pronounced differently depending on region 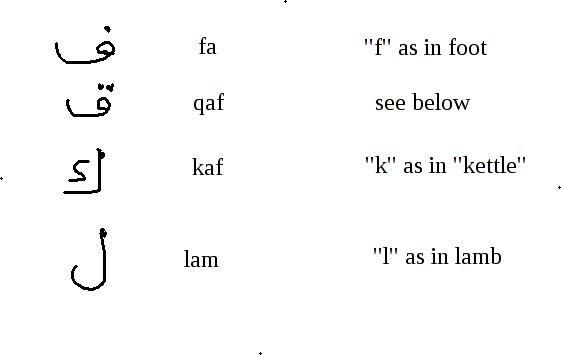 The Qaf is pronounced either “K” “G” or even K. In some parts of the ME how this letter is pronounced will project preconceptions on a native speaker. Both Qaf and Fa connect in the normal manner.
The Kaf changes shape depending on its position. 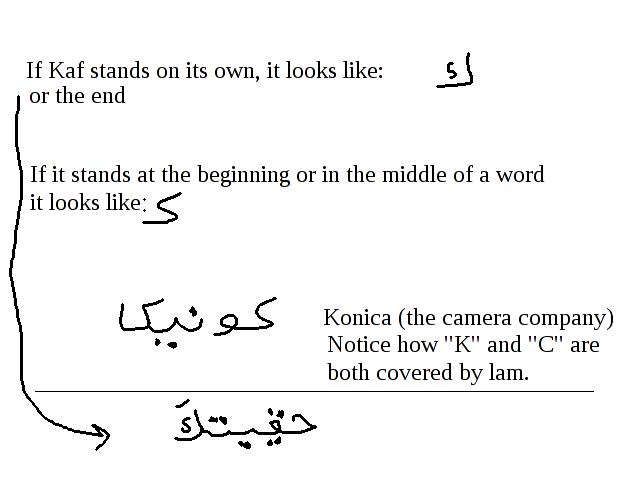 You might have noticed that the “lam” (L sound) looks very similar to the alef. However there is one crucial difference. The Lam connects on both sides. If the lam is on the end of a word it retains its curl. 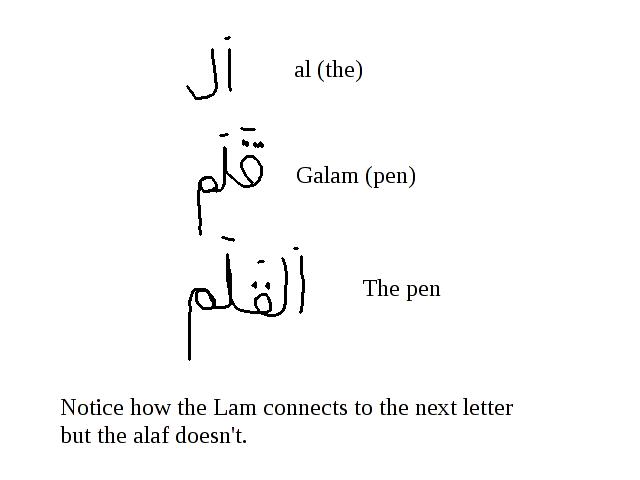 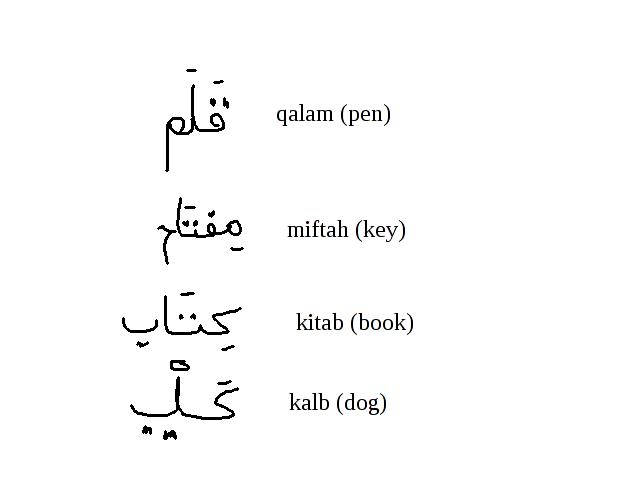 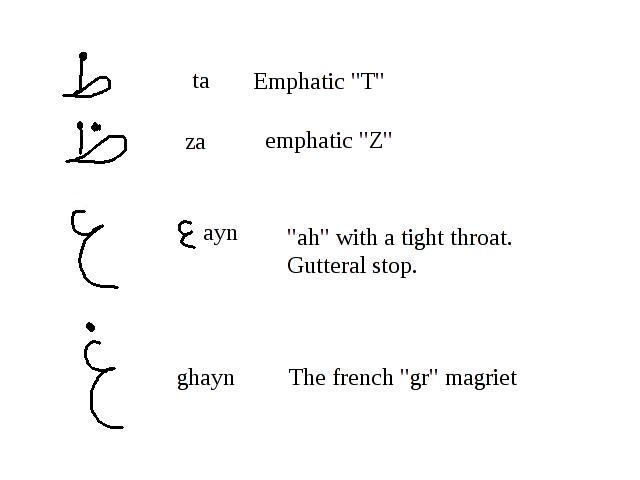 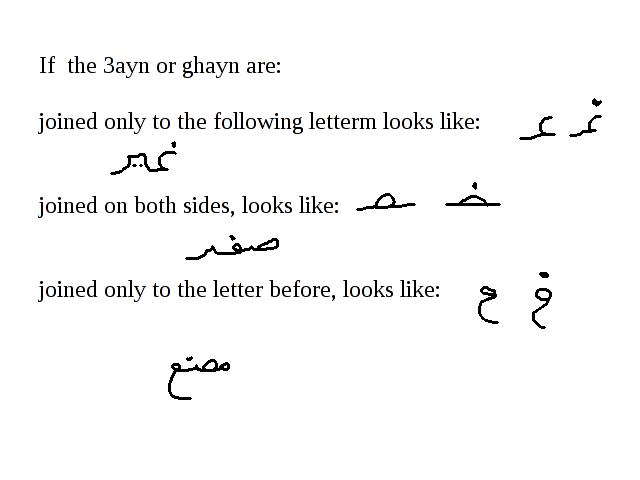 The “Ta” and “Za” join in the normal way, although I find these a little hard to write: 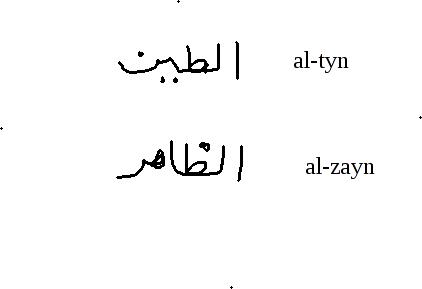 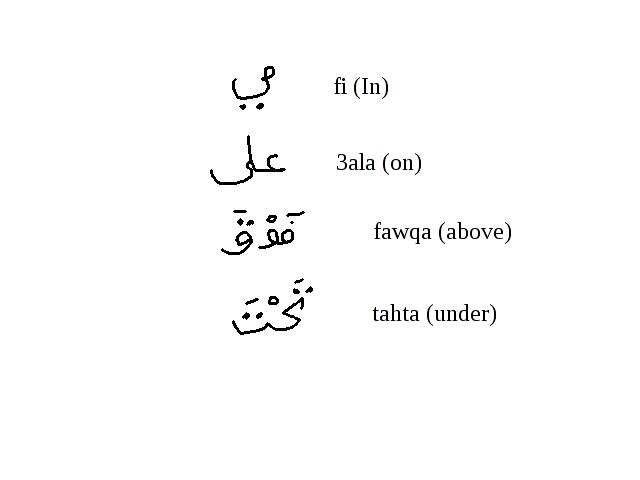 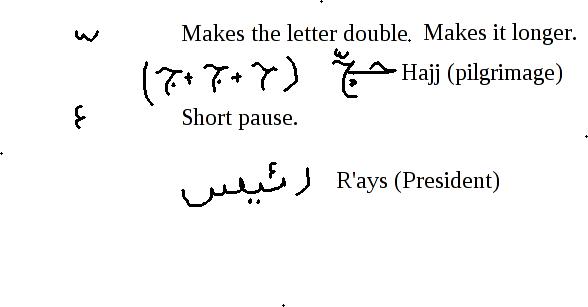